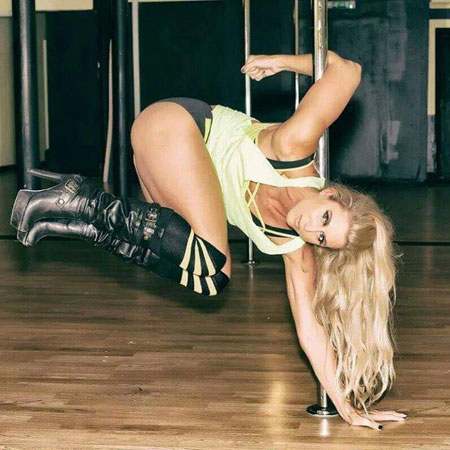 Suzanne Potter is the principal instructor and owner of Head over heels dance and fitness, UK.

Suzanne has extensive pole industry experience and contribution as you can see from her impressive CV.

Suzanne received her 2 references for her 4 star application from PDC instructors Anne Goswell and Katya Allcott.

Anne Goswell said "I have no reason to think that Suzanne is not a suitable candidate as her school is strong and she has worked hard within the industry. 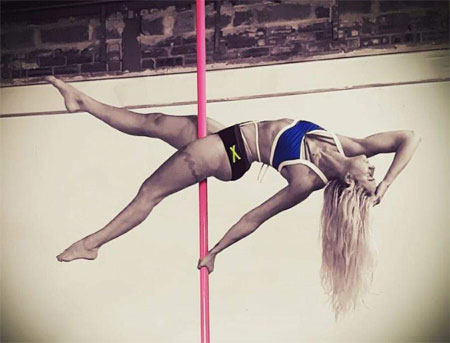 Suzanne has been supportive when I have run competitions and conventions and she is a great performer. I support her application and sincerely hope she is successful

Katya Allcott said "Suzanne has been teaching Pole Dancing for a number of years, and is continually focusing on her business development to better the opportunities for her students. She has developed her pole dance curriculum in line with the Pole Dance Community Core Syllabus, in order to standardise teaching at her school. She has a wealth of knowledge and experience in her dance background, which enables her to bring variety to the classes which she runs. Not only does she create a fun environment with which students can learn to pole dance and develop their dance skills, she also ensures that all students work on their fitness as part of a well rounded class.

Whilst I worked with Suzanne, she offered teaching support for her instructors, ensuring that there is a standard teaching method from each of her instructors. During the time which I had worked with Suzanne, she offered the students at Head Over Heels Dance Fitness the opportunity to try other forms of dance which would compliment their pole dancing, as well as running showcases for the students to perform at.

I’m very happy to endorse Suzanne as a Four Star Instructor with PDC." 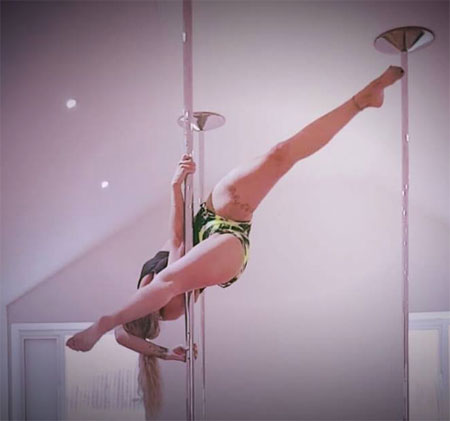 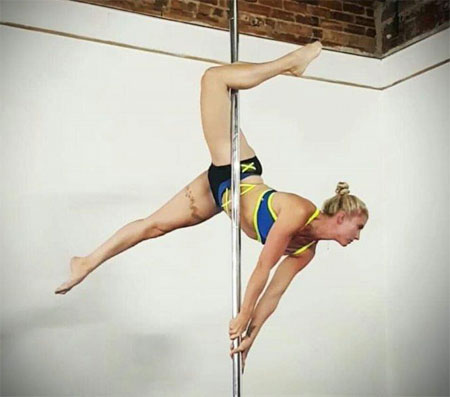 Teaching History:
"I started pole dancing in November 2009, I opened my own pole studio in January 2013, and have been teaching ever since. My studio became my full time job in January 2017."

Student's pole dancing success:
I currently have 3 students at my studio who are trainee instructors for me and have just purchased their instructor courses with Spin City Online Training. They are all working on PDC level 5 moves and I'm hoping to have their AAP memberships and gradings submitted/completed in the next 2 months. This will be a massive achievement for my studio to have these ladies pass level 5, but also then to submit applications to be officially recognised by the PDC as instructors. I hope you will be as impressed with them as I am.

Continuing Professional Development:
When I first started pole dancing it was only a matter of months before I entered my first competition, I was then hooked/ addicted to performing and bettering myself and my abilities. After several solo competitions I then discovered Doubles Pole and again was entering as many competitions as I could.

Just over 3 years later I opened my own studio, i tried to continue to get the best of both worlds, giving my all to training for competitions and equally giving my all to my students, however it is a very difficult balance to achieve. I have been quiet in the pole world over the past 2 years, but fully concentrating on the progress of my students and my studio. We hold regular workshops at the studio and yearly Halloween and Easter shows for the students to performing in front of their friends and family. 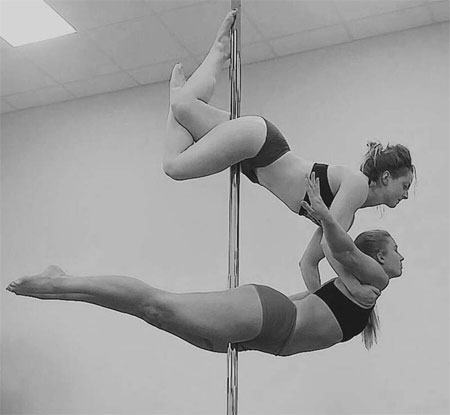 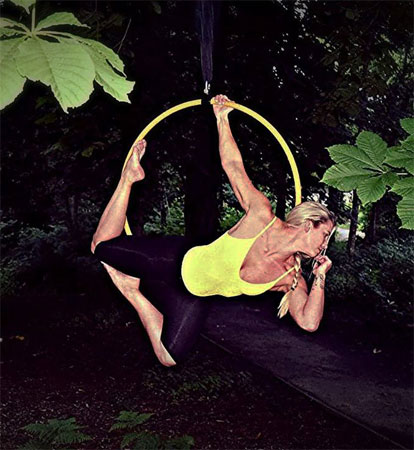 Invited to the Pole Summit 2017 to teach Workshops to the instructors of Scotland. I was honoured to have been recognised as someone who was worthy to join other instructors from Europe in teaching for the weekend.

Pole Dancing Goals & Aspirations:
Just absolutely everything I have listed throughout this CV. And most importantly my goal is to make my studio, myself, my instructors and students all highly recognised within the PDC. I hope this is the year for it.
Thank you so much again for the chance to apply for my Level 4 Instructor status.