When you submit your online grading assessment it will be assessed by one of our fabulous grading assessors. We thought you might like to find out a bit more about each of the assessors and to see the wealth of pole experience they share. Wherever you are based you can have your pole skills assessed by some of  the world's top pole dance judges. Your assessment is in good hands :) 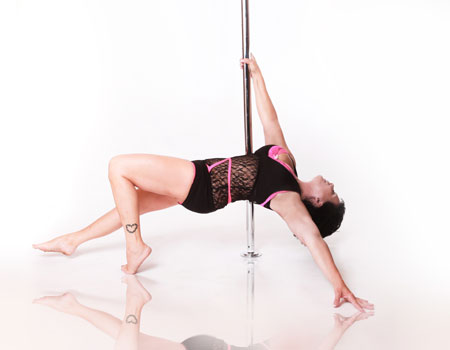 With no prior dance experience of any type, Mary Ellyn Weissman started pole dancing in 2002 at the age of 42. She opened Empowerment Through Exotic Dance, Ltd in July of 2005 in the south suburbs of Chicago. She has trained at various locations internationally after starting out as primarily a self-taught pole dancer and has completed several pole dance teacher training programs and also holds several athletic and pole-based certifications.

Mary Ellyn developed the first pole dance instructor certification course to be offered in the US Midwest in 2008 (now a PDC endorsed certification program) and became a Pole Dance Community Pioneer in 2009. She has been an online grading assessor since she joined the PDC and received the PDC Grading Assessor Award in 2016.

Her primary love is teaching rather than performing or competing. She loves the close knit environment in the studio and has worked to establish that closeness within the general pole community as well receiving the most joy from seeing how happy it makes others when the pole community comes together and forms close relationships through various events.

She finds that being an online grading assessor not only is a rewarding experience in helping others achieve their pole dance goals but she feels it has greatly improved her skills by exercising her eye for detail of movement as well as learning to better express herself when training her students. 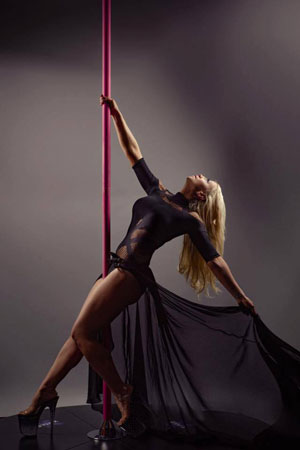 I've been pole dancing since approximately 2006 and like most people I speak to Pole then took over their lives.  I had seen an article in Cosmopolitan about all these A-List stars doing a new fitness craze. Having always been into my fitness I was intrigued. I started some sessions and was hooked by the challenge instantly.

I then started teaching Pole around 2008 encouraged by my own instructor Debbie, as I loved the whole body challenge it provided which is hard to be beaten in the gym or studio. I moved away to an area where there was no pole so if I wanted to continue my obsession I had make a choice and this was to create Pole Perfect Fitness.

9 years on my full time studio is based in King’s Lynn offering a wide range of syllabus guided Pole Fitness / Dancing, Aerial Hoop, Aerial Silks, Trapeze, Aerial Hammock and basically anything where it allows you to hang about, including Kid’s Circus.  It has taken all of those years of blood, sweat and tears, lots of mistakes to where I am now, and I see that as all part of the journey to where I am proud of all of the hard work mixed with some luck to be providing that unique and quality alternative fitness to those who want a fun, safe and supportive environment.

In June 2016 being a PDC Approved 4 star pole-dancing instructor (Which in itself is a huge achievement) I received The 2016 Grading Assessor Award.  Achieving this award for outstanding contribution to the pole dance grading system (AAP).   This was and continues to be a huge honour as I assist as 1 of 4 International Online Assessors, guiding Poler’s to achieving recognition for working hard towards their grading’s.  I just love the diversity that can occur under the banner of Pole.

In April 2017 my studio Pole Perfect Fitness won United Pole Artists Studio Choice winners of 2017.  The awards were held to recognise the hard work and dedication of pole studios, an international industry accolade, beating off more than 300 other entrants from around the world.

It was in August 2017 that I was asked to teach various aspects of Pole and Fitness in Norway, just showing again with lots of hard work, being in the right place and a sprinkle of luck just what you can achieve. 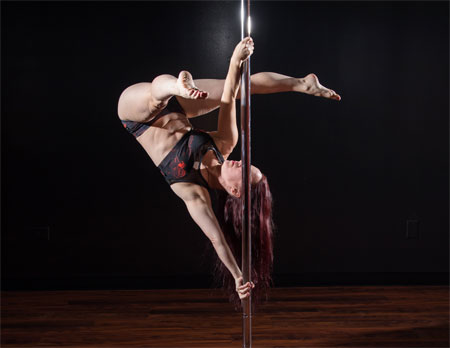 I have been poling since 2008 and teaching pole since 2016. I love the evolution of pole dance, both my own journey as well as that of the larger pole community. Personally, pole dance has uncovered the ability for me to disconnect from the world and reconnect to my body.

I am able to allocate the time to complete assessments in a reasonable manner, which is essential as dancers eagerly await results and being able to expediently respond is a great service to offer.

I started Pole dancing in 2010 at 41 years of age. I’d had a lifelong dance background including ballet to that point, and love all kind of movement. So when I 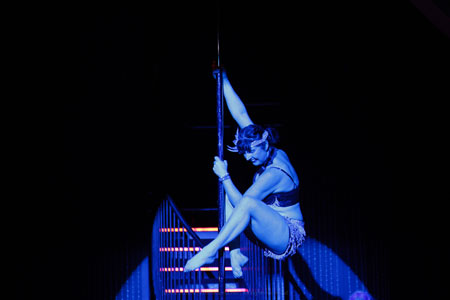 heard the local strip club were running classes (albiet very informally), I definitely wanted to have a go as it sounded like fun. I fell in love instantly, but never did I dream it would become a career and business for me. But when the strip club stopped doing classes, there were so many heart broken ladies who were looking at me as I was the only one with a pole at home, and those early jam sessions became the start of a career (but how can you call something you love so much a career?)

In 2013 I began formally instructing and set up Pole FX - the first Pole Studio in town. It wasn’t long before the local pole community exploded and has since seen a couple more studios open up. So proud to be part of the early days of Pole in my home town and seeing the Pole love being shared far and wide. Over that time I also undertook formal training to become an advanced certified instructor, and a PDC 3 Star Instructor.

It is so rewarding being part of the growth of so many women (and men), including taking some from novice to winner of national competitions. Competitions are not for everyone though, and I’m just as proud of a beginner nailing a basic spin for the first time.

My goal is for Pole to be viewed by the wider public as something anyone can do, as it has so many forms and styles.

Being selected to be a PDC online assessor is such an honour, as it is another way to help Polers to grow and be the best they can be. 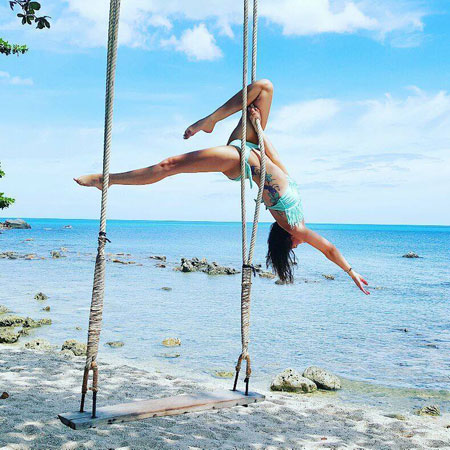 I once saw a photo of someone on a pole and thought “Wow! I need to try that!”I went to my first pole class back in 2009, fell in love straight away and it’s been a huge part of my life ever since! I went to University in 2010, became a qualified instructor and co-founded the University of Essex Pole Club in the following year.  When I finished University, I started my own school back in Romford, Essex – ‘Stages Pole Fitness’ and this has been growing year on year. This year we celebrated our 4th anniversary at our Annual Showcase & Awards Event, I now have a team of 6 instructors and a fabulous bunch of students – my pole family, who I love dearly and am prouder of than I can say.

The things I love most about pole are that it is for everyone and has such an incredibly supportive community. It gives you the freedom to express yourself, develop yourself and find genuine friends who you would entrust your life to (literally, if they’re spotting you!). I love teaching because, in my mind, there is no better feeling than seeing someone achieve their goals, overcome their fears, grow in strength and develop their confidence and all through something you have taught them.

Being an assessor is also very rewarding as it allows you to physically give someone a reward for all the time and effort they have put in – I was ecstatic to be chosen as an online assessor as it meant extending the privilege of grading to poler’s from all over the World. Huge Pole Love! Alex x 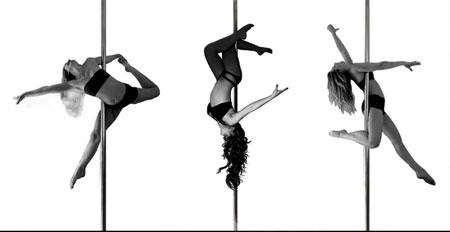 I’m super excited to be an Online Grading Assessor for the PDC so here is a little insight into me…… I have been teaching Pole and aerial fitness for around 5 years now and teach all abilities, ages, groups and private lessons. Around 4 years ago I opened my own studio Aerial Sport and Fitness in South Woodham Ferrers, Essex.
3 years ago, life decided to throw me a curve ball and I was diagnosed with an auto immune disease Rheumatoid Arthritis. It has meant I’ve had to adapt not only my training but also my mind set.
After a lot of mind, body and soul searching I have made this into something positive and hope to inspire others who may be struggling with physical or mental issues and turn their experience into something positive too.
My love for pole originates from my gymnastics and dance background. I competed in the national team for Gymnastics and then later on transferred my skills into dance to work as a professional dancer. I feel pole is a combination of both my passions, therefore making me want to eat, sleep and live pole!!
Pole has also ignited my passion for aerial so I am now also a fully qualified instructor of aerial Hoop and Silks which I also absolutely love.
Whilst teaching I have become very interested in the judging side of the sport, so I decided to learn the code of points and also took the first basic judging course which I thoroughly enjoyed.
I’m really looking forward to seeing all your assessments and working with the PDC.

Sam started her pole journey in 2001 before setting up her own pole dance school, 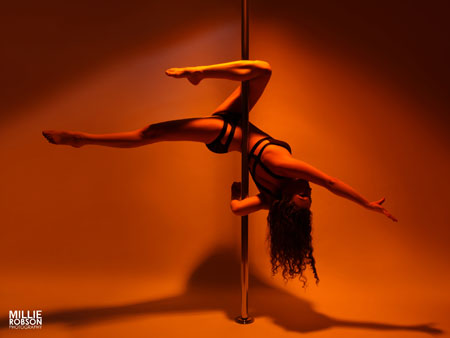 the art of dance, in Plymouth, UK in 2004. Sam competed professionally in the UK from 2006 to 2009. In 2009 she retired from competing to judge many national and international competitions. Sam loves assessing grading exams as she is passionate about providing students with feedback that can aid their pole dancing progression and help them to train safely.


Sam said "It is so important that all pole students learn good technique, not only to keep them safe and prevent injury but also to make their pole moves look effortless and beautiful. Even if you are a world champion there is always room for improvement. The grading process give really thorough feedback and is a great way to evaluate your pole work. It it also very rewarding to achieve grading success.

Another thing I love about the grading process is seeing students put a pole routine together, I know that lots of people do pole merely as an alternatvie from of fitness but me it is still a dance genre and learning flow is just as important as learning individual tricks.

If you have already done a pole dance grading then I can't recommend it enough."

There are several ways to submit your on-line grading:

1. Youtube - Upload your videos to youtube and then send us the link for each video. You can set your videos as unlisted so that we can view them but no one else can see them unless you send them the links.

© 2019 by poledancecommunity.com. All rights reserved.