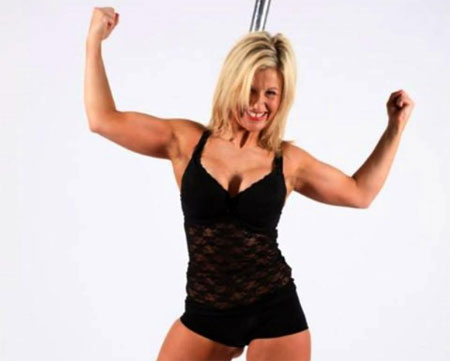 Lisa Henderson is joint owner at Studio 11 Pole Fitness in Bristol, UK. Lisa is a passionate poler who been a great ambassador for the pole dance community as well as raising tens of thousands of pounds for charity via various pole showcases and events. Lisa commenced her pole instuctor journey in 2007.

PDC Approved 3 star pole dancing instructor Vania Vitillo gave the following reference to support Lisa's 4 star application - "Lisa is such a passionate, positive ambassador of pole dance and pole fitness.   In the time I have known her she embodies such a caring and supportive attitude always looking at helping her students achieve their fitness and pole goals and also being a superb role model in her way of helping students to be body positive about themselves through encouragement and inspiration.  Lisa is a consummate professional having owned her own businesses before she has a wealth of experience and has been part of the pole industry for fifteen years, twelve years teaching. On a personal note she really helped me regain my pole passion and after a long illness last year and beginning of this, was always there for me, offering her support and reassurance.

Her classes are always fun and engaging working on getting the best out of her students and always guaranteeing a good workout. Extremely popular and great at creating a positive happy community, I wholeheartedly recommend Lisa for 4 star instructor status." 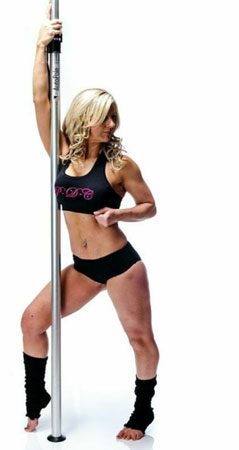 instructor, her extensive knowledge and her love for pole shines through in everything that she does. She consistently looks for fresh and exciting ways to deliver her lessons, which are always filled with encouragement for her students.

Lisa has organised and hosted many charity events which have always been a huge success, she has raised thousands of pounds for charity and tirelessly promoted pole fitness to the wider community, proving that pole really is for everybody.

Lisa’s lessons are professional, fun-filled and enjoyable. It has been a pleasure to have Lisa as an instructor and role model for so many years, she is worthy of the 4-star instructor status." 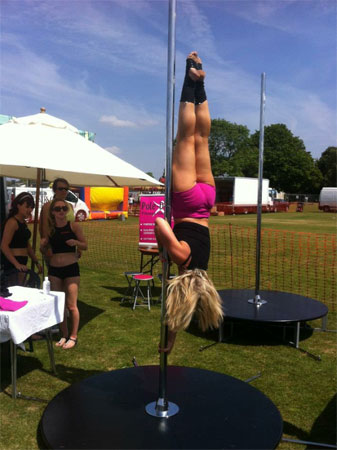 Teaching History:
"In 2007 gained a level 2 in sport leadership specializing in pole fitness and opened my own studio.
Using x poles I taught fitness dance workout classes.
I then formed Pole Da Cise and opened two studios in Wiltshire teaching non mixed ability Beginners, intermediates and advanced level classes. I guided, trained and graded instructors to teach classes as the Pole da cise studios expanded.
Since selling Pole da Cise and relocating to Bristol I have taught classes and run workshops at Funky Monkey in Bath and Total Movements in Radstock.
I have now opened Studio 11 in Keynsham where I teach non mixed ability beginners, intermediates and advance classes and run workshops and party’s."

Continuing Professional Development:
"My professional development will continue as I train weekly with other qualified PDC instructors from various schools and I will be attending professional courses and workshops to keep me updated with all the latest teaching skills." 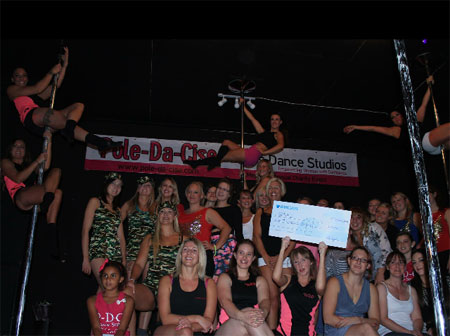 Competition Achievements:
I personally do not compete as I prefer to develop student’s skills to enable them to compete.

Professional Pole Appearances:
I have danced professionally at charity shows, weddings and events.

Judging Involvement:
I have judged at local and in house events from beginners to intermediate level. 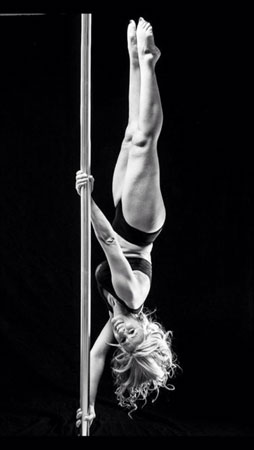 Publicity and media attention:
"I have managed to gain good media attention over the past 11 years with annual articles in local newspapers regarding the charity shows and promoting pole fitness.
Having won the UPS best new business award judged by Theo Paphitis. I was rewarded with radio air time on GWR which allowed me to promote Pole fitness.
I was able to gain further pole fitness media coverage when I was nominated for the Health and Wellbeing awards for outstanding contribution to improved Health and Wellbeing in Wiltshire. This was a proud moment for me and my team as we were able to give pole fitness the recognition it deserves."

Pole Dancing Goals & Aspirations:
"My aim is to continue to empower women/men with confidence in a safe environment, promoting pole fitness and its benefits to all round total fitness."