Jane said "I wish to highly recommend Holly Munson of FireFly Poles to be a 4* PDC Instructor. I have met Holly a few times at Masterclasses hosted at my studios, Industry Conferences and more recently an Image Cella photoshoot again at my studios; where I have been impressed by her skills, attitude and work ethic. A truly lovely person inside and out Holly is an inspirational asset to the Pole Community. Committed to making the industry a safer and more educated environment I love her short videos and striving for better mindset."

Robyn said "I would like to recommend Holly Munson as a PDC 4 star instructor. We met when Holly attended aerial lessons at my studio and she has become a good friend, she is extremely supportive of many of the other pole and aerial schools in our area which is an example of what a genuinely nice person she is and such a great representative of the pole world.

Holly puts a lot of effort into keeping up with training new moves and techniques to keep her classes up to date and interesting for her students and also for the thousands of people that look to her for inspiration and guidance on social media. We share a lot of students and they all love her for her friendly, encouraging approach and relaxed and fun classes.

Holly is truly passionate about the pole industry and invests a lot into it whether that’s travelling round the country watching competitions and attending workshops, writing blog posts or just buying the latest pole wear, she tries to support as many pole organisations as possible.  Holly definitely deserves to have a 4 star status." 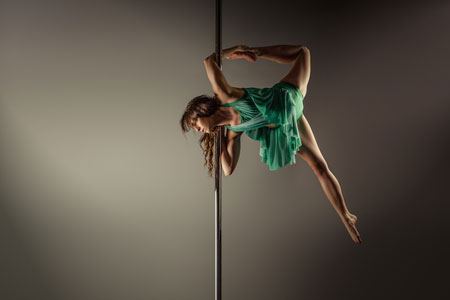 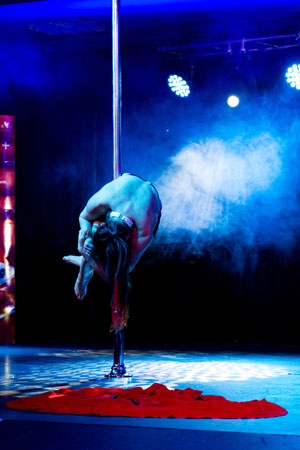 Started teaching Hen Parties for PinkKiss (to become Grooves and Moves) (2011 - 2013)
Opened Firefly Poles teaching group classes and privates in Oct 13 in Norwich. We have since moved venues to incorporate the growing class sizes.
Instructor at the UEA Pole Fitness Society Feb 2014 - present.

I have taught over 400 students in my own school and about the same again at the UEA.

We have recently had our first charity showcase with 12 performers - none of whom had ever been on stage before. Since then, they have all wanted to be part of another showcase which we hope to hold in early 2017.

In Sept 2016 our school will be hosting it’s first photoshoot with the Image Cella. I couldn’t be more proud of my students for all of their hard work and determination.

The UEA Pole Fitness Society has competed in both the Inter Uni Competition (2016) and Derby Day (2014, 2016), where the UEA went on to win Derby Day overall. They also hosted their own Xmas showcase in 2016.

Holly was runner up in a national competition in August 2015 and winner of the same competition in 2015 obtaining the professional cup and the pole dance and fitness champion title.

I have now performed pole twice at Kristie’s Dance Benefit in aid of British Lung Foundation. I hope to perform again next year.

In early 2012 I started a blog to help share safe and reliable pole information, and to help bring the pole community together. In Oct 2012 my blog evolved into what is now ‘PoleFreaks’. PoleFreaks is a community pole site with lots of free content from pole tips and training, strength and flexibility through to pole star interviews and the common pole thoughts that go through all of our heads from time to time. What started as a small blog has evolved into something really special to me. We now have over 235,000 Facebook Fans and 1000’s of daily views to the website. In Jan 2015 we set up a Facebook group - PoleFreaks Pole Chat which now has over 9000 members. In 2016 we were listed as one of the 13 best pole dance bloggers by YouQueen magazine. I am so honoured to be on a list with so many of my pole heroes.

I love to support pole events and often use PoleFreaks to vlog and post about them. The events we have been to include: Pole Theatre, Heir to the Chrome, World Pole Sports Championships, UK Pole Dancing and Fitness Convention, Miss Pole Dance UK, PoleExpo.  We contact polers from around the World to help promote their work.

I love the pole community and aim to keep bringing the community together. With the ever growing amounts of places for us to share our pole voice on social media, the community is closer together than ever before.

One day I hope to be able to travel to all the amazing studios that I see online and maybe even one day teach workshops.

I just hope to keep spreading the pole love :D