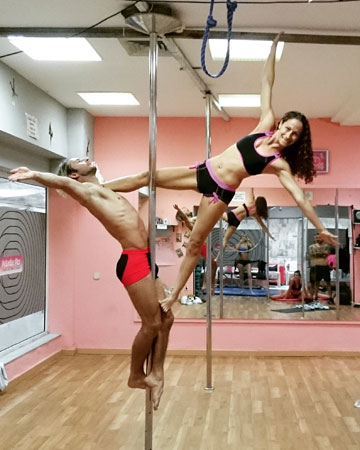 Stefania Roberto is the principal instructor at Polercise Tenerife.  Stefania started pole dancing when she was 16 and has racked up an impressive pole CV since then. Stefania received her 2 references towards her 4 star application from PDC Approved Pole Dancing Instructors Nia Pearce and Michelle Birks.

Nia Pearce said "Stefi has displayed Four Star Instructor qualities from day one. She has continually pushed the boundaries and views of pole in Tenerife and is actively involved within the pole community offering online advice. She has been helpful, honest and encouraging in her support to both students and fellow instructors for many, many years.

Her passion for pole radiates with the energy she brings to each class and her workshops are always fresh and innovative as she is constantly updating her knowledge with the latest pole research. Stefi’s dedication to pole is unquestionable with her numerous qualifications, the success of her own studio and the open and heart warming accounts of her journey in her book, ‘So, I hear you’re a pole dancer’. With all this in mind, I have every reason to believe Stefi is at minimum a Four Star Pole Instructor."

Michelle Birks said "Stefania works tirelessly and constantly to improve the lot, not only of the pole community around her, but also the local community, where she is both well known, liked and respected. Even though she has little free time, she contributes much of it to supporting many charity events by organising various aerial art displays amongst other things.

She has supported and encouraged a number of former students to become instructors and open further branches of her Polercise Studio in Dubai, Australia, Gran Canaria, and North Tenerife, and she has recently written an insightful bestselling book - 'So I hear you're a Pole Dancer'.

She is a kind and caring person who always goes the extra mile to help make the world a better place, and has provided inspiration to literally hundreds of polers all over the world, including myself." 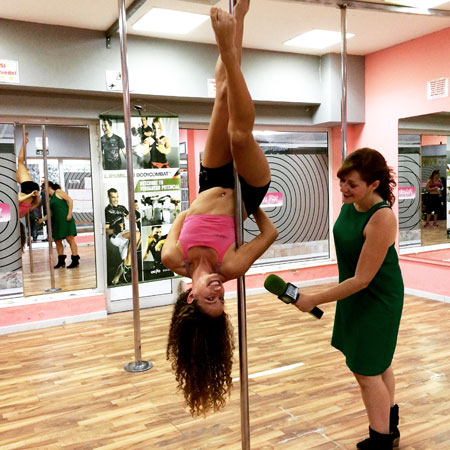 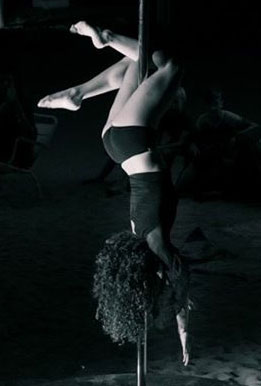 Started teaching in 2006 in Tenerife. Created the 1st pole studio in the Canary Islands. Polercise.
Trained various instructors and created another 3 studios on the island, another in Gran Canaria. Further students went to create Sister studios in West Australia, Dubai and the UK.

Taught workshops in many studios across the UK, as well as teaching for the Scottish Pole and Fitness Convention in Edinburgh last year. (2015)

Known for my ‘Blindfolded Pole’ routine and incorporate Blindfold training in my workshops.

Have taught hundreds of Students over the last few years.  (see other info for more detail on this)

Student's pole dancing success:
Tracey Eccelstone started with us here in Tenerife and after a few years went onto open Polercise WA in Australia and create the WA Pole Comps with over 700 people in attendance this year. She also created the ‘Pole 101’ move book series and high end involvement in the IPDFA new global instructor training course.

Emma Walker was one of my first students and is now based in Dubai running Pole Studios as well as a successful Events agency performing at many high status events including the Formula one racing.

Have been involved in teaching Competition winners such as Vane Lunatica and Sarah Cavenaile in their early days. 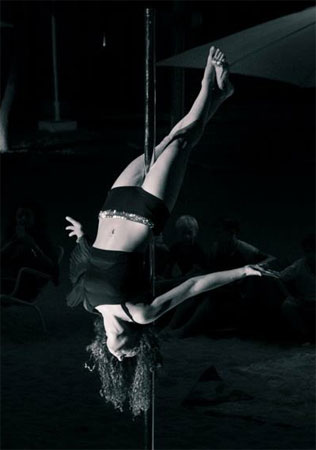 -In the process of finalizing my IPDFA Master tutor course to be their official European master tutor.
-Currently working on creating the Canary Islands Pole federation.
-Travelling over the coming months to continue gaining experience in various studios.

-Progressing with other Aerial arts such as Chinese pole And Trapeze. 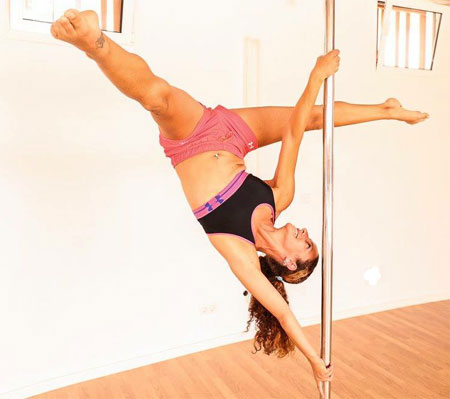 I have been a PDC member since beginning of 2012 and have recently upped the promotion of AAP gradings to my students. (Have already graded 5 and have 6 more who have recently purchased memberships)

-On a personal level I am working to increase my back flexibility to be able to conquer some of the moves for which this is needed and to make other moves look nicer.

-I am a Published author of ‘So I hear you’re a Pole Dancer?’ Pole biography.

-As my main studio is on an Island we have a very transient lifestyle. I have had lots of girls come and go over the years of many nationalities, Spanish, British, Scandinavian, Italian, Russian, Dutch, South American... Just to name a few. You will usually find at least 3 different nationalities in any class which makes them very diverse. We also have a lot of people visiting us for pole classes whilst on holiday so we get to exchange moves and ideas as well was being able to see how lots of other studios work and the differences around the world.

- The pole fitness industry has changed so much over the years since I first started teaching, but I still love it now as I did then and hope to keep evolving with it so it will always be a part of my life.

© 2019 by poledancecommunity.com. All rights reserved.