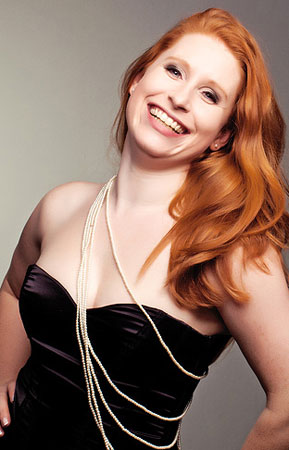 Vivien started her dance career with Gogo dancing eight years ago and all of a sudden, one day there was a pole in her way at an event she was performing for. She does not remember exactly when she started pole dancing exactly, but she was looking for a dance sport for which she could showcase her gymnastic ability  without a partner, so pole was the perfect fit. She obtained her first instructor certification in 2009.

Coming from Germany, in 2009 when she opened her first studio, most people thought she was teaching people to become strippers while we all know it was the complete opposite situation. Vivien loved the experience of opening her own studio, and claims that it is her 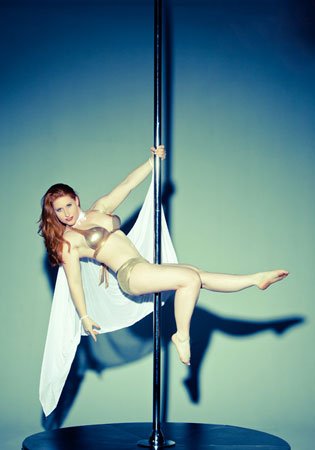 favourite part of her pole dancing journey so far. She favoured this part of her career because everything was a lot smaller and she knew each of her students individually. She also had the time to teach a lot more than she does now. Vivien still wishes that she had the time to teach more, as it is her favourite thing to do in pole dancing, as opposed to performing. Her favourite part of teaching is sharing all of her knowledge with her students and watching a student nail a move they have been struggling with simply after changing one thing!

"Vivien admires the ways in which everyone interprets pole dancing differently. She enjoys the sexy touch that pole dancing gives to her general dance style, and although she is an IPSF judge, Vivien truly believes that the sexy side of pole dancing still has a place in this industry."

Vivien's favourite things about pole dancing include our incredibly supportive community, and the way we see other pole dancers, such as: "You're a pole dancer? Cool! I like you!". She particularly enjoys the common ground it gives all us very unique and different individuals to come together and all be a part of a larger community. Exclusion in this industry is very rare. She also loves the combination of dancing and acrobatics in pole dancing, and the way that people immediately get addicted to the sport.

As well as this, Vivien admires the ways in which everyone interprets pole dancing differently. She enjoys the sexy touch that pole dancing gives to her general dance style, and although she is an IPSF judge, Vivien truly believes that the sexy side of pole dancing still has a place in this industry. She agrees that for the sport to be included in the Olympics, it will need to be separated from the roots in terms of the performances at the Olympics, however still believes that other pole dancing competitions should run as she adores Pole Art competitions where performers have free range over their costume choice, song choice and move selection.


Vivien only makes sure that other people realise that if they want to see her students perform, 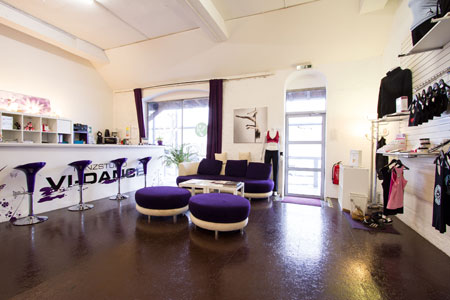 that they will be watching a dance and acrobatic display, and not table dancing or a strip show as this is not what she teaches.


Vivien also likes that the pole dance industry is new and has many growth opportunities, many of which we have already seen it go through. As she works for IPSF and the "Organisation des deutschen Pole Sports e.V." which supports German pole athletes to compete and go for the World Championships, the Olympic games are a dream of Vivien's for pole sport. She truly believes that this is something which could happen for pole dancing, as it is no longer a 'trend sport' in her opinion. She also recognises the support that being part of the Olympics would give to our jobs within the industry, as well as helping to legitimise the sport. It will hopefully also pave the way for future pole dancing champions to start now, and not feel the need to wait until it is more of an 'accepted' sport. 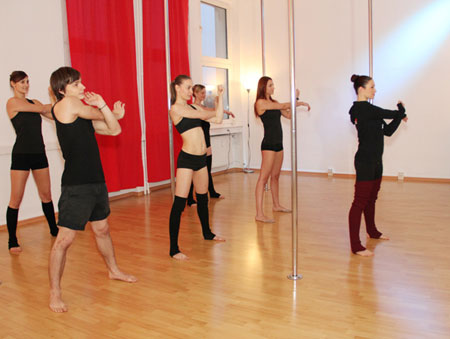 Vivien, like many, also see pole dancing as having a much longer shelf-life career-wise than gymnastics or other Olympic sports of similar natures. This is because a performance-based career in gymnastics is usually over by the age of 30, and that is pushing it. In pole dancing, we have many gymnasts who retired at 25 come along and compete well into their fifties, and do very well due to their acrobatic backgrounds. This happened with Yvonne Haug, who is now a 40+ pole dance world champion. It is also the perfect sport for gymnasts who just did not quite make the cut to become an elite gymnast to be elite in another sport.


In 10 years, Vivien believes that we will have many more studios, but hopes for more rules on studios and especially on instructors. Right now, any pole dancer can open a studio without a qualification which is very dangerous and lowers standards in the pole industry. She hopes for high quality in the standards of pole dancing, and high standards of education required from pole dance instructors. She believes that only once we have this in place are we ready to get more young people and children into pole dance classes.


Vivien's main pole dancing idols include three of the pioneers of pole dance: Felix Cane, Zoraya Judd and Jenyne Butterfly! She recognises all the pole dancers who work so hard to compete in the sport and, like Olga Trifonova, have incredible progression rates, as she understands how it not only takes passion for the sport, but an immense amount of time and effort to become so good in such a short space of time.