Stacey Snedden said "Emma is a fantastic teacher, she is XPERT certified in Level 1 to 4 and has also under gone the XPERT train the trainer.
Emma has a great knowledge of Pole and embraces all aspects of Pole Fitness and Dance.
I have worked with Emma a few time one more recently when she Judged the first Dance Filthy.
Emma was very professional and you could see from the audience that Emma has a great following. Her studio is gorgeous and she definitely deserves to be a Level 4 PDC instructor. "


Jamie Taylor said "Emma is 100% dedicated to her studio, her own pole development and to her ongoing teacher training. Having passed the Xpert teacher training, and also having regular stretch sessions and workshops with other professionals to add to her teaching skill and repertoire .

Her studio is well maintained and her students are always positive and happy. The Studio Boutique community is a healthy culture to be a part of."

Lucy Webster said "Emma is completely devoted to the running of her studio. She has created a wonderful, safe and inspiring environment for her students to train in and offers a fantastic timetable of classes and events throughout the year. She arranges two shows each year for her students to perform and compete in which are organised to an incredible standard. She also supports and encourages her students to enter competitions locally and nationally and regularly hosts masterclasses to give her students the opportunity to learn from different instructors with different methods of teaching and different styles of dancing.

Emma is also extremely dedicated to her own personal development and training. Not only does she spend a lot of time self teaching, she also regularly attends masterclasses with a variety of teachers to keep on top of the latest moves and to widen her pole knowledge and ability. She also ensures she is up to date with the latest teaching methods and standards by attended various professional teacher training courses.

Emma is not just a fantastic instructor, she is a positive and inspiring person to be around and without a doubt she deserves to be awarded 4 star instructor status." 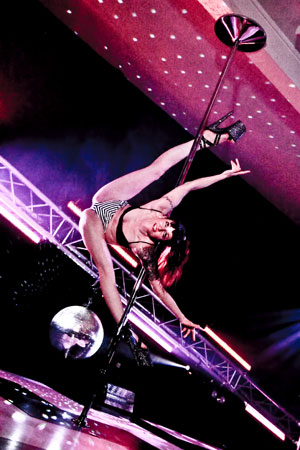 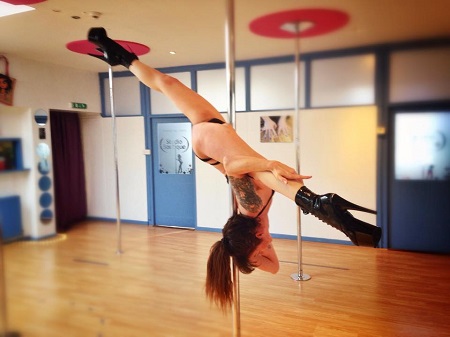 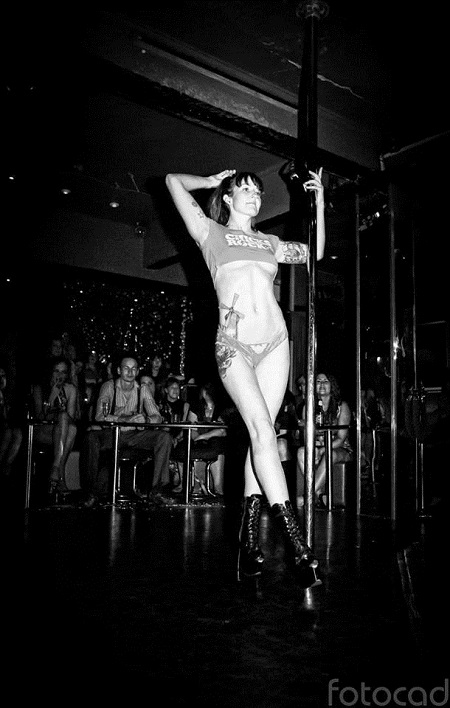 I have taught my own workshops as a guest instructor at other studios too:
The Studio, Alford (Sept 2015)
Vertikal Pole, Grimsby (Aug 2015)
Pole Addictz, Scunthorpe (July 2014)
Polefire, Manchester (May 2014)

As you will see from my ‘masterclass/workshops attended’ above, I’m extremely committed to continuing my professional development.
I am enrolled to begin Yoga teacher training with Amiyoga in Hull in 2016. Upon completion I will be a ‘Recongnised Yoga Teacher’ (RYT) registered with the Yoga Alliance UK.
I also have a week of intense pole training (15 hours) in Sydney in December which includes private training with Bobbi, private training with Maddie Sparkle and workshops at Amber Rays Haus of Pole.
I am also requalifying in First Aid At Work this month with Health and Safety Training Services (HSTS) in Hull. 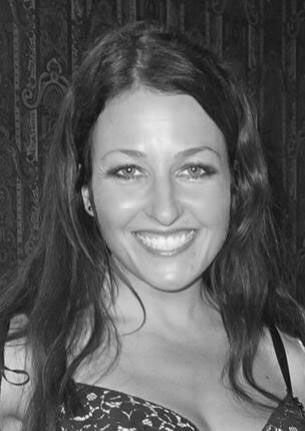 Charity Contribution:
A percentage of ticket sales from my studio’s ‘Pole Pageant’ goes to the Compassion In World Farming charity, we have a raffle at the same event and all proceeds go to a local animal shelter (Hull and East Riding Ferret Rescue).
In 2013 I raffled private lessons to raise money for a local grass roots music festival funded by people and business owners in the city.

Publicity and media attention:
I contacted the local newspaper after my first competition (BPSC) and they ran some stories on me and the studio:
More recently, one of my students competed for title of ‘Miss India Worldwide’ in Dubai. Each competitor had to do something unique to entertain the judges. CJ chose to perform a beautiful pole show demonstrating grace and strength and received a standing ovation! On her return to Hull she contacted the local newspaper who again visited my studio and ran a story:

Pole Dancing Goals & Aspirations:
My goal is to continue to be a positive role model within my studio and within the wider pole industry. Also to continue to run a pole studio that provides a warm, friendly, professional and inclusive environment for anyone that chooses to join us.
I look forward to more dancing, more bending, more tricks, more pole superstars, more shows, more shoes, more comps, more roadtrips, more jams, more bruises, more bikinis, more workshops, more challenges, bring it all on! I aspire to live a pole dancer’s lifestyle for as long as possible!

Additional Information:
Each year I organise two shows for my students to perform in:
The ‘Pole Pageant’ which is ultimately a show but with competition elements, I have a judging panel (including Lucy Webster pdc approved instructor) and friends and family are invited to buy tickets to come along and support the performers. Most of the girls are first time performers or girls with not much performance experience.

The ‘Black Flamingo’ is a pole dance cabaret show in which I have my more experienced performers who are used to being on stage and entertaining an audience.

Both shows are of an extremely high standard and always sell out. They give my girls the opportunity to perform on a wonderful stage in an extremely supportive atmosphere. Our shows are always very well received and get great reviews from audience members, other professionals involved in the shows (e.g venue, first aid, light and sound tech etc..) and of course from the performers themselves. I feel this is an extremely important part of running my studio and work very hard to give my girls this platform.
Black Flamingo, May 2015
Pole Pageant, November 2014
Black Flamingo, May 2014
Pole Pageant, November 2013

I have also been involved in other promotion and performance events within the city, often with girls from my studio who I love sharing these opportunites with:
Hull Pride Burlesque Performance, West Park in Hull,(July 2013).
Hull Pride Fundraiser event Performance, Star & Garter in Hull (June 2013).
Hull Bid Fashion Week Performances and Promotions (April 2013).
Provided, styled and choreographed girls for local group ‘End Of Level Baddie’  music video (July 2012)