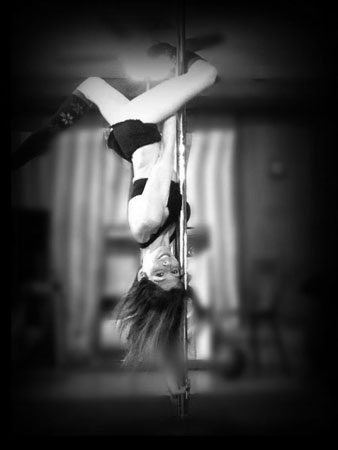 As part of our Inspiring Pole Dancers section our features writer Sophie Eminson talks to an inspirational young lady who used Pole to overcome illness and disability.

How did you start pole dancing? Did a friend drag you along to a class, or did you go for a laugh, or was there just a pull towards it in your brain that you could not explain? Well, whatever it was, I'll bet it was quite different from Bree's story, which she has told Pole Dance Community, and we now want to share with the world.

No stranger to monkey bars as a former primary school teacher, Bree received quite a shock when she ended up severely disabled from double back surgery and numerous neck problems. This resulted in her surgeon fusing four vertebrae together and, along with added complications from 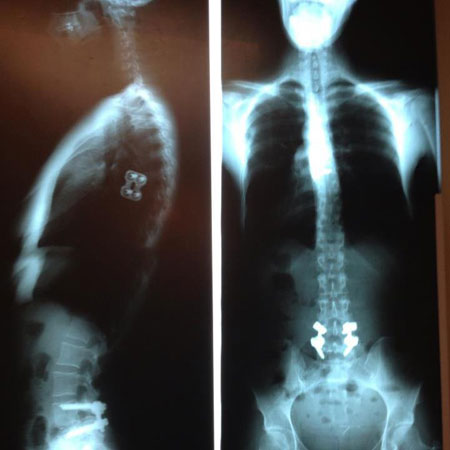 fibromyalgia- a rheumatic condition characterized by muscular or musculoskeletal pain with stiffness and localized tenderness at specific points on the body, migraines, and bad reactions to many pharmaceuticals, Bree ended up lying on her couch at home a few years ago "looking almost dead".

The traditional approaches were not working for her body, including acupuncture and massage therapy weekly, alongside three times weekly trips to the chiropractor, as well as her regular doctor's appointments. 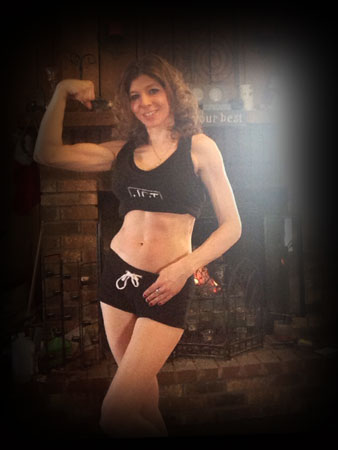 Bree was told that "building a strong body was my best chance of feeling better", however she was under many limitations due to the amount of metal in her back post-surgery. Furthermore, she only weighed 104lbs at this point, so was incredibly frail, "a shell of my former self" from months of bed rest and recovery.


She had lost all her muscle tone and even her friends and family hated seeing her in this state. During physical therapy, she discovered that she preferred the cage of bars, in which she was told she could do whatever she liked as long as it felt good. Being so small, Bree could not use the inversion tables by herself, but she used the bars to hang, which felt good, meaning she could build muscle without 'lifting weights', which was no longer possible. Hanging stretched her back, and when it naturally adjusted itself, it did not leave Bree in tears and pain like many of her aforementioned chiropractic appointments.


Discharged from physical therapy, Bree looked into getting herself a set of bars for home so she did not lose the muscle tone she had finally begun to regain. However, these were rather expensive, as she would come to find. She sought out advice from her friend who was a personal trainer. She advised that Bree buy a pole. After trying it on her friend's pole in her home, Bree decided to buy one that very day. Her family may have thought it a bit crazy and unconventional, but were just happy that it would make her feel better. Bree searched long and hard online 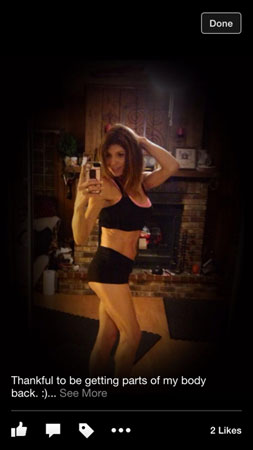 before finding the Pole Dance Community syllabus, first on YouTube, which then directed her to our site. Using mostly just the syllabus to teach herself, she managed to progress quickly. Through pole, Bree discovered that the more she worked out, the more manageable the pain became, and she was able to decrease the severity and frequency of her migraines. She uses pole as her therapy several times a day when she feels up to it.


Coming 2 years into her pole dance journey now, Bree states that "my former frail body looks amazing thanks to pole", even when it does not necessarily feel it. The last time she saw her chiropractor, his main comment was "DAAMNN!!", and Bree believes that pole dancing has helped her so much that nobody who cares about her health would ever encourage her to quit. While her body is still in pain, pole dance has given her a healthier way of dealing with the pain; "when my body wakes up feeling like the tin man, I go pole. When I have shooting pains and my discs feel like they are compressed, I go pole. When I cannot sleep, I go pole. And sometimes, just because I hear a good song, I go pole." This quote really summarises how important pole dancing is to Bree and it amazes me that it can be such a good physical healer for someone who is permanently disabled.


This incredible woman now owns two poles, one spinning and one static, and she has now converted her second living room into her own personal pole studio. This healthy form of fitness has even spread to her children and some of their friends. Bree calls them her "little fit kids", ages 2 - 12, and each and every one of them loves it. She is raising little barre kids, both vertical and horizontal.


Bree told us this story in the hope of helping other women like herself who feel that there is no way of feeling strong again. She also encourages all to continue with our pole dance journeys, as we all know personally how healing they are to us, either mentally or physically. If you have a story about your personal connection to pole, or even an interesting tale of how you got into pole dancing, do not hesitate to share this with us through info@poledancecommunity.com.