The PDC Syllabus has been constantly evolving since the conception of the Pole Dance Community in May 2009. PDC members had no set syllabus to work from and this made things difficult so we set about creating a syllabus which we use to help us classify pole dancing moves so we could understand not only the levels of difficulty but also the various names used to describe different moves.

The PDC Syllabus Steering Group consists of PDC Approved instructors who have volunteered to help assist the development of the syllabus. Each time a move is submitted the members discuss the names and AKA's known for each move and decide what level of difficulty it should be listed under.

The group establishes what is the most commonly used and/or most descriptive name.

Development of the syllabus is not restricted exclusively to the Syllabus Steering group and anyone can put forward their thoughts and ideas, anyone can submit videos forward so the syllabus group can assess them. We will also add any of your AKA's (Also known as names) to forthcoming editions of the syllabus. Just e-mail us with your videos and alternative names so we can add them to the syllabus.

Who are the PDC Syllabus Steering Group:

Alex Tait - Alex is the principal instructor at Spin City Exeter based in Devon, UK. Alex was also the joint promoter of the much loved South West Amateur Pole Championships 2013 held in the South West of England each year.Alex attended the first ever PDC syllabus filming day in Bristol, UK in 2009 and was one of the first ever pole dancers to appear on the PDC Syllabus.

Alex said "When I first moved to a new pole school I was baffled by the fact that all the moves had different names, I soon found out that this was a common problem and wanted to help to get our pole community united and using a common syllabus. This is why I joined the PDC syllabus steering group.

Since then we have managed to do a lot of work collectively ensuring moves are in the correct levels and that the most common & descriptive names are used for the primary names, but even better all the AKAs are used as well." 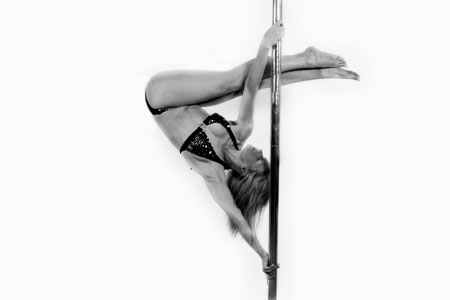 Ally Franklin - Ally Franklin is a PDC Approved 4 star instructor who runs her own studio, Polelatis in Bridport, Dorest UK.

"I was a professional dancer before I started in the fitness industry. I danced on msc cruise ships, pirates adventure and son amar in Mallorca, casino st Vincent, casino Slovenia, casino Estoril and various other dance contracts. I returned to the uk in 2007 where I started instructing etm and started my own salsa fit along with other typical classes, lbt etc. I then discovered pole. I had trained a little bit in Aerial work on the ships and at pirates such as silks, ropes and hoop but never pole. I loved it, the strength and core stability that you need for it just continues to grow, and no matter what level you have reached there are always progressions.

I now have my own little studio, Polelatis is Bridport Dorset,  am currently trying to endorse my own training course as well as being a mummy to my daughter Maisy who is 4. Along side the pole, I teach Pilates, Zumba, ante and post Natel, circuites pop dance, spinning and many more as well as being a personal trainer. Pole is my passion though and I am really happy to be part of the steering group to move the grading system forward and progress it in the future." 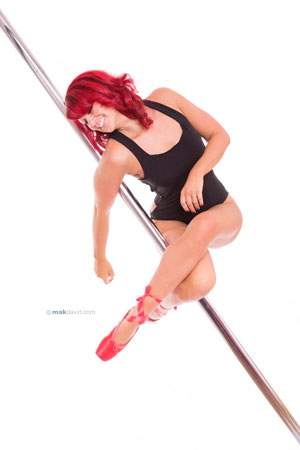 Bexiita Ackland - Bexiita runs Revved up Pole in Kent, UK and also sells her own range of pole dance clothing. Bexiita said "I've been pole dancing for since 2009 and have my own pole school with two studios in Kent. I was never a "natural" at pole but I loved it so much it wasn't exactly a chore to practice and improve! I like being part of the steering group as I'm fascinated and passionate about pole and how it is constantly evolving, with new moves,variations of moves and ever-changing levels of awesomeness!

I am constantly refer to the syllabus, especially when I'm looking to revisit moves that may have been forgotten or need refreshing. There's always something I have forgotten about. It's so user friendly and suitable for all levels. My favourite moves are anything that uses leg grips and I love splits moves, such as extended butterfly, allegra and jade."

Cindy Cooijmans - Cindy is internationally renowned within the pole dancing world and she is both an accomplished pole dance teacher as well being an experienced pole dance judge. Cindy is based in the Netherlands, she has been in the fitness industry since 1995 and has taught pole since 2006.

Cindy said "Why I’m I in the steering group? I love to keep track on new moves and think it’s important to create a universal pole language." 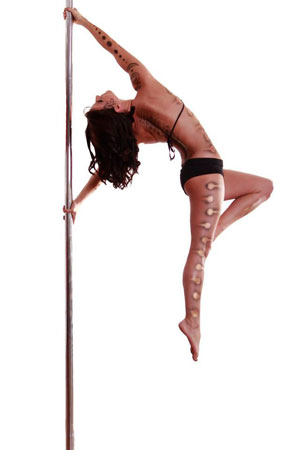 Julie Swart - Julie is the founder of Vertical Vixen®, co-founder of The Pole Fitness Association of South Africa and co-owner of Aerial Yoga®.

She placed 2nd in the Miss Pole Dance SA Professional Division 2012, won the title of Miss Trixter and the Duets title with pole partner Alicja Gralewska. She took a break from competing in 2011 but prior to that she had won the title of Pole Dance Champion 2010, Pole Dance Champion 2008 - 2nd Place and Miss Pole Dance 2007, 2nd Place. Julie and pole partner Alicja were placed in the Top 100 for SA’s Got Talent 2012 and the dynamic duo placed 4th in the World Pole Sport Championships in July 2013.

Julie is committed to sharing her passion for dance with her students, and states that her most satisfying moments as an instructor include watching the transformation her students undergo as they become more confident, more self-assured and happier within their bodies.

Robyn is an advocate for stripper style and she embraces the sensual, fluid movements of pole in all her routines and performances.

“Since starting pole dancing in 2005, I have been fascinated by the evolution of moves, and the language we use to describe them. We can all use different names for moves, but it’s not helpful if we can’t translate! The PDC syllabus enables students and instructors to understand each other, and this in turn pushes our industry forward. I also think I have a bit of OCD with wanting things to be catalogued and recorded. There are so many simple moves that are easy to forget once we complete our beginners’ lessons, and the syllabus can help keep them alive.
I love beautiful lines and smooth, efficient transitions between moves, no matter your background, or style of pole – the syllabus has something for you.
By separating the moves into levels, we can encourage safe progression of moves, hopefully avoiding injuries with polers trying moves too soon!” 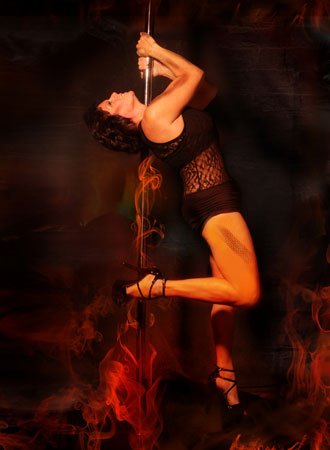 Mary-Ellyn Weissmann - Mary-Ellyn has been pole dancing since 2002 and opened her studio, Empowerment Through Exotic Dance in Chicago, Illinois in 2005. Mary-Ellyn is one of our PDC Pioneers. She is the organizer of the Midwest Pole Convention and the North American Pole Dance Championships and has judged a large number of competitions across North American over the past 5 years. She has also developed a pole instructor certification course as well as one of the first judges training courses offered in the US.

Through her involvement in many events, especially competitions, and while working with many pole dancers world-wide she has seen the problems that arise when pole dancers do not use the same terminology in naming moves and while several groups have set out to develop a standardized list, few have been able to keep up with the rapid growth. Additionally, many are not willing to standardize the names they use so that they all can communicate using the same terms.

She joined the PDC syllabus steering group with members who were dedicated to this ongoing task of naming moves as well cross-referencing known names from around the world in the hopes of helping pole dancers world-wide to at least understand each other if not necessarily "speak the same language". 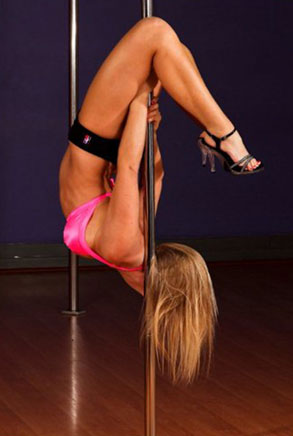 Natasha Williams - Natasha is a PDC Approved 4 star pole dancing instructor based in Gauteng, South Africa. Natasha said " I joined the PDC syllabus steering committee because I have spent many years compiling a database of moves and it has been confusing when there have been so many different names used to describe the same/similar moves. I also saw that there was no proper standard when it comes to the level the moves should be taught at.

I think there is a need to standardise the names and the levels across the board to help the pole industry get clarity and understanding. Coming from South Africa we have had to make up a lot of our own move names, or we have borrowed from America, Australia and Europe. I can contribute towards the uniformity of naming as well as the levels they should be at.

I also like being part of a team of fantastic leaders who are setting standards for the industry as a whole.

I think that the collaboration between the countries has made a great deal of progress and that the work of the PDC is invaluable to many."

Sam Remmer - "Ever since we did our first filming day in 2009 it was apparent that we were all using different names to describe moves and this caused problems with students coming from other schools asking to learn moves and being unable to fathom out what move they are trying to explain, this also caused problems in competitions where restricted moves may be confused with other moves of similar names.

It is amazing how much the syllabus has changed over the years but it is definitely for the better. I am still surprised at the increasing level of difficulty of some of the moves on the syllabus but I hope we don't lose sight of the basics of pole. The moves in the lower levels of our syllabus are beautiful and I would rather see students/dancers perfecting lower level moves rather than rushing to attempt the moves at the other end of the syllabus." 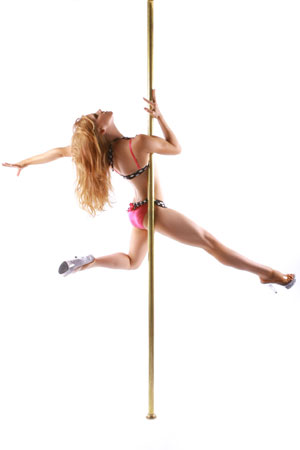 Suzie Q - Suzie Q is a household name within the pole dancing industry and is known for her stunning doubles routines with partner Toby J Monson. Suzie Q holds the following titles 2013 Australian Pole Champions (Doubles) and 2013 IPC Pole Art Champions (Doubles). Susie is based in Sydney in Australia but regularly travels the world performing and teaching.

Suzie Q said "I have been pole dancing since 2000 and now own my own pole dancing school "Suzie Q Pole Studio" in Australia. I am an X-Pert Master Trainer and as a former exotic dancer and qualified PT and Group Fitness Instructor I feel I am easily able to bridge both the "sexy" and "Fitness" aspects of pole dancing. I joined the PDC Steering Group because I felt I could offer unique a perspective from "Down Under" and I wanted to be involved in this important project."