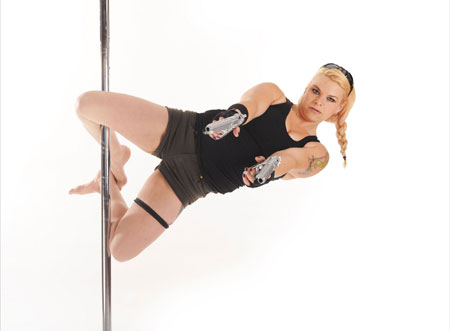 Lesley AKA Ley Poleguns started her pole journey at NPD as a student then took on the running of the studio. After an amazing 2 and a half years she then moved on to being a mobile instructor teaching a pole schools and gyms including tempestdancestudio, NE33, freelance dance studio, Gateshead leisure centre, Bodyblitz, Big Als, to name a few. During this time she also travelled to teach workshops and train up new instructors with Pole Passion.

As her students base got bigger then the move to open a studio became a inevitability! This brought about the opening of Poleguns & Unit44.

Reference from Jo Lawton "Ley is one of the most hard-working instructors I have ever had the privilege to work with and know.  Ley is always striving to improve, whether it is her own strength and ability or advancing her classes to get the most out of students.  She is adventurous with her creativity and is excellent at choreography of routines and events.  In the last year she has taken a lead role at NPD and has made changes to improve the business and expand into new areas, she has clear plans for the future.  The feedback she receives is testament to her teaching ability; she is motivational, supportive and leaves students eager to return.  There is no doubt that she fully deserves 4 Star Status, Ley sets a high standard at NPD that we all respect and admire."

Reference from Natasha Payne "The most notable Pole virtue of Lesley is her sheer determination to conquer the unknown.

If there's a new move she'll break it down until she gets it, her energy and determination is second to none. Once mastered her students are the first to benefit. 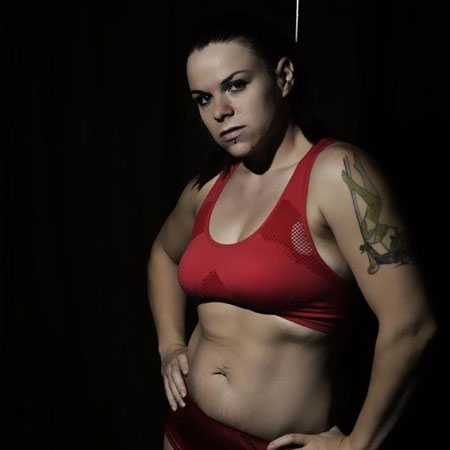 She's not the first in the queue to do a show routine, but has on occasion when coerced! She's modest about her achievements, but I know she gains her own personal satisfaction from them, together with ensuring she helps & progresses others.

I've found her a great help in my progression, as there now probably only 2 pole instructors in Newcastle who are able to help me in what I achieve, Lesley being one of them.

I know Lesley personally has a deep affection for what Pole has done in her life, and will always cherish the opportunities it has given her that she never had before." 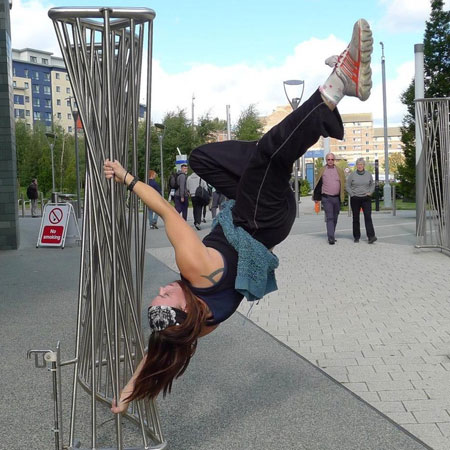 The first ever UK instructors meet 2014
Ley hosted a three day event with instructors from round the country all helping each other and building amazing contacts. Ley has successfully run this event annualy since 2014.

"I'v been teaching for since 2011 now and love it, I started as a helper in the class and as im so crazy about pole I keep going I have gone from helping two nights a week to running a studio with easy 300 plus students working 5 to 6 days sometimes taking as many a 7 classes in a day with up to 19 students in a class." 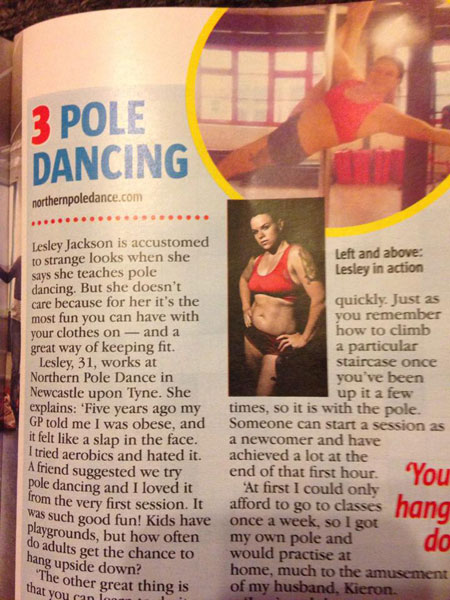 Pole Dancing Goals & Aspirations:
"My main goal is to learn as much as I can, as I have 5 year plan to start helping instructors and supporting the industry as much as I can I love pole and feel it dose not get the acknowledgement it deservers."

Ley also received support for her 4 star application from Zoraya Judd and Aimee Lawson who wrote the following:

Aimee said "I actively support the growth and self improvement of my instructors and since becoming my first full time instructor, Ley has progressed from strength the strength. The respect that is shown to her by her students is a measure of how professional and well thought of  she is at ‘NPD’. Her tireless work in promoting pole fitness in my studio, has presented pole classes as a viable, fun & alternative fitness regime to people who I have not reached out to before. Ley constantly pushes herself within the industry and hopes in the future to help people in situations similar to herself and enable them to realise their full potential."


Zoraya wrote "I have taught Lesley a few times in my speciality master-classes, she was an excellent listener and picked up all my teachings quickly. Knowing Lesley was an instructor I paid special attention to her when i taught her correct from and technical movements to achieve pole and fitness goals in a safe productive manner I felt confident she is able to help others the way I have helped her."