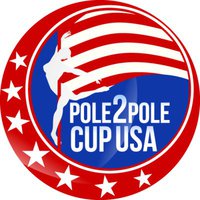 Many of you will already have read about the recent problems with the Pole 2 Pole Cup USA but for those of you that haven't you should read this educating article from United Pole Artists:

The games being played between Pole 2 Pole Cup USA’s John Meredith and Poleates Studio owner Caterina Genaro got pretty crazy, the drama ended with many people affected by the disputes between them. Instead of telling you the nitty gritty parts of this event and the days leading up to it, we’ll talk about the major issues, and we will use the Pole 2 Pole Cup USA as an example of why we need to make certain changes and why we need to make them now. We will examine a few key points before we take a look at the event itself. Then, we will look at ways to avoid from something like this happening again.

Lastly, we will get into the how the competitors conducted themselves, as they were getting caught up in the middle of this contention. How did it all come to this? Who dropped the ball?

Roughly 4 weeks before the competition, which was held on April 7, 2012, the venue was changed from the Thousand Oaks Civic Center in Thousand Oaks, California to Poleates studio in Thousand Oaks, to the Avec Night Club in Huntington Beach, California. These two cities are 76 miles apart. Competitors were unaware of the venue change. There are many accusations flying around and a lot of finger pointing as to why this happened. After asking the sources themselves of why this happened, why the venue change, why was no one notified, it is still unclear who is to blame for this. We all watched as a battle unfolded right before our very eyes on Facebook, for all the competitors to see, and that is when things became mucky. Until speaking with the competitors individually, I did not get a sense of how much this affected them and their frame of mind going into this competition. They seemed to feel hurt by it all, angered and frustrated and tried to ignore all of the posts and comments on Facebook that swirled around them.

Before you know it, John Meredith arrives at Poleates Studio with two police officers looking for property that belonged to him. Some shirts, medals for the competitors and 25 Pounds worth of postage. Not long after that, he was reported to the INS for being in the states on a Tourist Visa, not a Work Visa. Whether or not action has been taken against him is uncertain. Considering he was doing a fair amount of work out here and, in people’s eyes, was collecting U.S. Dollars, some people thought that this was the way to handle it. What would you have done? Is this how these things should be handled? Some would argue yes, that something like this needs to be handled by the authorities. Some might say no, that perhaps it could have been dealt with internally, within the walls of our community. But honestly, there is no organization within our community that handles these types of things, is there? The answer is no, there is not one organization that deals with the rules and regulations to follow regarding event organizers and company owners and how they should ethically conduct themselves. That poses the question, what do we do about this?

The solutions are simple yet complicated. Most sports have organizations that govern rules and regulations of the actual activity itself and the events that are put together. You must be approved by these federations or leagues in order to participate or create an event for someone else to participate in. This is relevant to major competitions, especially to ones that are traveling from one country to the next. I will give you examples of other sports that have these federations; Baseball, Table Tennis, Swimming, and Ice Skating. That is just to name a few. Now, looking deeper into the world of ice skating, I notice that they have several committees dedicated to particular areas of their sport, including an ethics committee that consists of twenty four people. In pole dancing, we don’t even have one. Granted, ice skating has been around a lot longer and they have had time in developing these committees. But, perhaps we can use ice skating as an example of what to do next.

So, simple right, let’s start a Board of Committees. So who is going to start it? Who is going to pick up their phone, or turn on their computer and get the right people together to begin making these types of decisions? I am challenging all of you right now, to do something. Write to your favorite pole dance organization, write to your pole dance federation in your country and tell them that you want to see these changes, and offer your assistance. I know that there are many of you dedicated Pole’r Bears out there that want to see pole dancing rise above it all and be recognized as a legitimate sport, and you as a legitimate athlete. This is your moment to make a difference. If you are the leader of an organization, I implore you, call your fellow organizations and federations, shake hands and come together. This is the only way to make the necessary changes.

Right now, it seems as if anyone can make an announcement on Facebook “Yeah, we’re hosting a pole dance competition in your city! Work your ass off to compete, spend your money on costumes, travel, food, trainers, and private pole lessons. We might have gift bags for you, we might not. There is no prize money and we can’t guarantee that the poles will be as tall as we promised or the circumference we promised, but that shouldn’t matter.” It shouldn’t be this way at all, but we see it happen all the time. What keeps this industry alive and growing is the dedication of many pole dancers. With that dedication, I hope comes the desire to help make changes so we can move on and prevent any of these things from happening in the future.

With this Pole 2 Pole Cup USA, with what was given to them, the sponsors, mainly Platinum Stages, did the best that they could do. Technically, it is not the sponsors responsibility to take on an event that is not theirs. They should be sponsors, not organizers. I commend Platinum Stages for stepping up and basically taking over, in order to provide the competitors a place to pole dance, and to do what they came all they way to California to do. The venue, Avec Night Club, was beautiful, the stage looked very nice and Erica Verner from Platinum Stages got raving reviews from the competitors about how helpful she was back stage. There were a couple of glitches throughout the show, but nothing so terrible that it couldn’t be overlooked. Without the help and support of Platinum Stages, who knows what would have happened.

The competitors themselves were gorgeous, amazing and so much fun to watch, that for about 3 hours, I forgot about all the other nonsense surrounding this event, as Keith Scheinberg from Platinum Stages called it, “The most controversial competition in the country”. Ashley Popoli, winner of the Amateur Division didn’t look amateur to me. She had original tricks, kept her steamy eyes on the judges the entire time and set the bar for the amateurs. Rhiannan Nichole was so awesome that she even kept both feet pointed while climbing the pole. Gretta Pontarelli from Pole Kraze studio received a standing ovation. This woman is 61 years old, with a body made of steal and heart of gold. Her passion could be felt throughout the entire room as if she just opened up a bag and handed it to all of us. She didn’t place, but hers was by far the most moving performance of the night. It wasn’t what she did, it was how she did it, and the feeling she gave to all of us watching.

These women worked their butts off to be there, they traveled, they put up with all the craziness that came with it and reminded me of why I love pole dancing so much. Everyone that was there was there in support of their fellow pole dancers, and that was what made the event worth being at.

The federations out there, the associations that exist for pole dancing, I don’t want to call you out, but we are beginning to look at you and ask what will you do to construct rules, regulations and guidelines for others to follow? Understandably, there are many things on all of our plates right now, with pole dancing growing as fast as it is. But, that is even more of a reason to formulate a plan so we don’t have opportunists taking advantage of an industry in it’s infancy. We must protect ourselves and all of the time and effort that we put forth. This is no longer about the Pole 2 Pole Cup USA, this is about what we need to do now. Fool me once, shame on you, fool me twice, shame on me. It’s in our hands now, who is going to catch the ball first?

A huge thank you to Anne-Marie Davies from United Pole Artists for sharing this story and allowing us to publish it on the Pole Dance Community website.