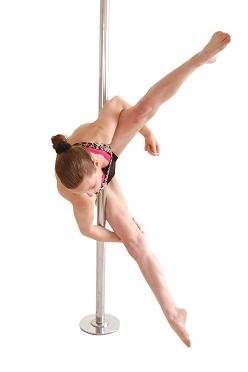 Through the art of dance Sam and her team of instructors are able to deliver pole dancing and burlesque lessons to improve mental and physical ability as well as boosting self confidence, mobility and flexibility in line with the governments change for life initiative of which the art of dance is a supporter.

Sam's background originated with Margaret Morris Movement (a Laban based dance practice) before she went on to study contemporary dance, her dance background was stopped temporarily when she worked as a health professional for both the NHS and Social Services specialising in Mental Health and Learning disabilities before setting up her own pole dance school. Throughout the years Sam has been a big yoga fan and she strongly believes that her yoga practice is a perfect partner for her pole dancing work.

For Sam, pole dancing is not just a job but a way of life and she cares passionately about the wider industry as well as her own students, this passion led to the formation of the Pole Dance Community website in 2009 which she jointly founded with husband Sid. Sam is also a member of the Equity Pole Dancers Working Party.

As a result of Sam's desire to take pole dancing to the masses she has been involved in several TV documentaries and news stories including the BBC3 series Natalie Cassidy's Secret Britain, and the controversial South Devon College pole dancing demonstration that hit the world news in 2009. Sam was shocked as the story went viral and said "The first I knew about it was when my phone started ringing in the morning and then didn't stop for 2 days, when I arrived at work the ITN film crew were already there, it seemed crazy that my innocent fitness pole dancing

performance could be perceived so badly. I was not only bombarded by the press but also with hate mail from particularly from those quoting the Bible and telling me how wrong I was to be pole dancing. I think anyone who has ever tried pole dancing will know how empowering it can be but to suggest that recreational pole dancing is degrading is seriously misinformed." Sam has always been happy to fight for recognition of

pole dancing as a performing art despite her many critics.

Sam has tirelessly campaigned to improve people's opinions of pole dancing through various forms of media including her blog which was originally commisioned by The Herald (thisisiplymouthwebsite) but is now independently published.

Other campaigns have included displays, talks and exibitions for the Women's Institute and Watch Ashore association.

In 2009 Sam was delighted to be invited to open the new JLN Pole Fitness studio in Westhoughton (see picture right with Councillor David Chadwick and Jess Leanne Norris)  where she has also returned to do master-classes for the JLN students (see picture left).

2010 has been a big year for the art of dance as they have expanded their timetable and number of students whilst Sam has been undertaking continuing professional development with the Keep Fit Association and more recently with Dance South West and the Department of Health. Click here to read more about the exciting acceptance of pole dancing by Health Professionals.

Sam hit the media again in 2011 after starting weekly pole dancing classes for 12-15 year olds. The story went global despite the fact that Sam had actually been teaching children since 2009. Once again Sam was able to use the media furore to try to educate members of the public about the differences between fitness pole dancing and exotic/lap dancing.

Recently Sam has been campaigning for the governement to recognise fitness pole dancing to prevent pole dancers being wrongly affected by the new Sexual Encounter Establishment licensing.

To read more about Sam's history with the art of dance, the PDC and the wider pole dancing industry just click here.